Orlando Photographer:: Before and After

by Michelle | Before and After, Portraits

I recently spoke to a group of Orlando highschool students at their photography class. I talked about several topics – yes, including bunny trails lol – and showed them some of my photography work.

Below is an example of what I do. It’s almost funny when someone thinks that I just show up, take a few photos, and call it a day. 🙂 There is so much more that goes into providing my clients with a beautiful image. A photo is more than just a piece of paper. I put a lot of work into each picture you see….and it’s not even just the editing.

This photo looks quite different in the after version. But in reality, the biggest change is probably the tone of the image ….which was the easiest part. 🙂 That fixed the red color cast we were getting on her face. There was harsh light on her face, so I cloned it out. Some of her hair blew into her face, so I removed that as well. Her face was not as well lit as I wanted it to be, so I fixed that. While I can still see some harsh “rim” light on the edge of her, I chose not to take any of it out. 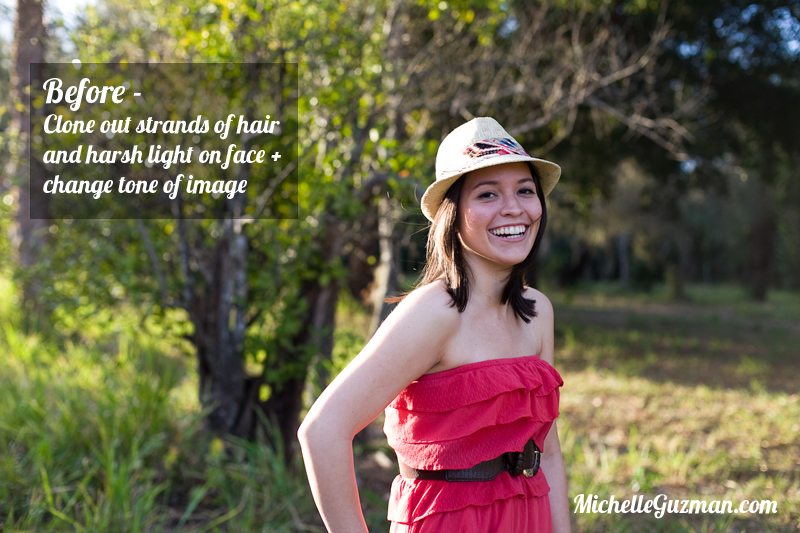 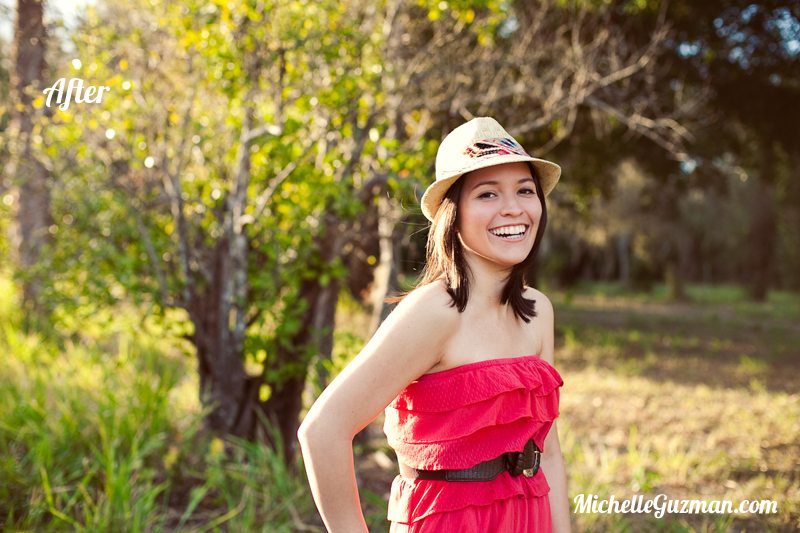